With the ongoing investigations into charges of sexual harassment and abuse by lawmakers inside the California State Capitol, there is a deafening silence coming from the Legislature’s Women’s Caucus. Are all of the feminist lawmakers MIA? Why are they silent on the sexual harassment charges against their colleagues? Don’t they care about the victims? The law dictates they must protect the victims, not the perpetrators. But that’s not how the Capitol investigations are being conducted in Sacramento. 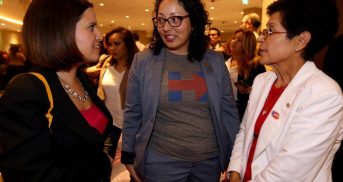 Let’s get the skunk on the table: If Senator Tony Mendoza, or Senator Bob Hertzberg, or Assemblywoman Cristina Garcia were Republicans, they would have been expelled by their colleagues on January 3rd. And the Legislative Women’s Caucus would have been righteously outraged; Democrat Sen. Hannah Beth Jackson would have demanded Republican heads on a silver platter; Democrat Sen. Connie Leyva would have demanded more than suspensions; And where is the usually righteously indignant Democrat Sen. Holly Mitchell and her “moral compass” and “social conscience” of the Senate?

Or Sen. Nancy Skinner, D-Berkeley, an outspoken women’s rights activist, who in 2009, was the Chairwoman of the Assembly Rules Committee. Skinner was silent during accused sexual harasser Assemblyman Raul Bocanegra’s 2012 and 2016 Assembly campaigns, despite a group of 11 women who wrote to her asking the Rules Committee to release information about Bocanegra’s sexual harassment history so the voters in his district could make an informed decision. Many have said Sen. Nancy Skinner should resign for covering up Bocanegra’s sexual harassment and assisting his election to the Assembly where he allegedly went on to harass more women.

Take note — if it was Capitol staffers currently accused of sexual harassment, the firings would be legendary.

With the recent and latest multiple sexual harassment allegations against Bell Gardens Democrat Assemblywoman Cristina Garcia, thechairwoman of the Legislative Women’s Caucus,and a nationally recognized leader in the #MeToo movement demanding change against “a culture of sexual harassment in the male-dominated state Capitol,” Garcia’s female colleagues are conspicuously silent. But they’ve made sure to cleanse the women’s caucus website by removing Garcia’s committee assignments listing in order to not identify her as the chairwoman of the caucus. 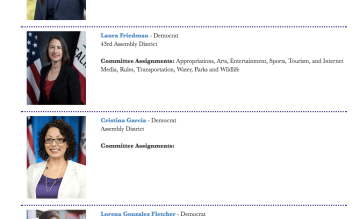 Then we move on to the sexual harassment allegations against State Sen. Tony Mendoza, which still have many in the State Capitol wondering how Senate Pres. pro Tem Kevin de León, the Committee Chairman of the Senate Rules Committee, which investigates sexual harassment allegations, could maintain his unawareness of the allegations into his roommate Mendoza. In fact, no one I’ve talked to is buying any of de Leon’s drivel. Most say it is apparent he is protecting his own future and U.S. Senate race against Sen. Diane Feinstein.

The prior standard Capitol protocol was to terminate the alleged victim and have a stern talking-to with the naughty lawmaker/harasser.

The “independent law firms” hired by Senate Pres. pro Tem Kevin de Leon, just released their Mendoza report.  Gibson, Dunn & Crutcher LLP and Van Dermyden Maddux Law Corporation, reported, “In the course of the investigation, witnesses we interviewed described multiple instances in which Mendoza engaged in a pattern of unwelcome flirtation and sexually suggestive behavior towards several female staff members and other women he interacted with at the Capitol. These incidents ranged from the 2007-2008 legislative session when Mendoza was in the Assembly, to the 2017-2018 session when he was in the Senate.”

Also, the brief from the Mendoza investigation presents some solid points, but a few questions. Was the Pro Tem or his staff interviewed? What did they know and when? How did they conclude that 3 top staffers were all of the sudden not qualified to work for Mendoza right as these allegations came out?

The Feminists want us to believe that everyone is a victim — until it’s inconvenient. Yet many are still waiting for the Legislature’s feminist Women’s Caucus to ask for Assemblywoman Cristina Garcia to resign. Only, that kills their narrative that government would be better if women ran everything.

We live in a state where we can’t misidentify the gender of an obviously androgynous person – or a bearded guy wearing women’s lingerie. And the California Legislative Women’s Caucus is just fine with this. They even promote this insane thinking.

Who are these vile women, and why have California voters elected them to run anything?