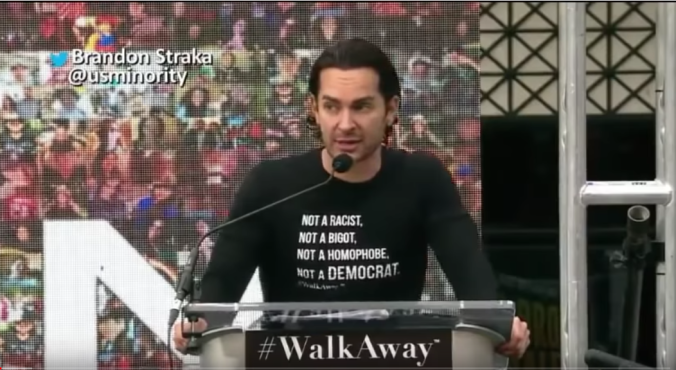 The #WalkAway movement is picking up steam as it urges liberals to abandon Democrats.

Straka led a mile-long march of 5,000+ supporters in Washington, D.C., according to Capitol police, as a show of unity just ahead of the 2018 mid-term elections. 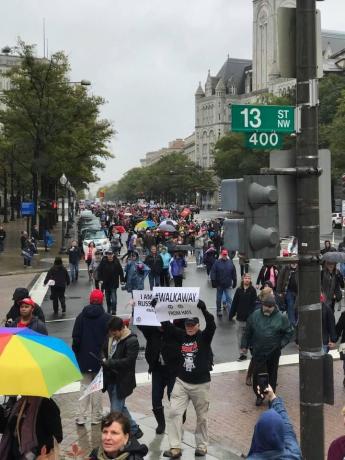 Straka started the group only five months ago in late May when he posted a Youtube video testimonial that’s been viewed 404,721 times as of this writing. Brandon Straka, a life long Democrat, explains that he walked away from the Democrats when he realized the left uses minorities, women and gays, in the effort to gain voters and power. “The left has decided the solution to race relations in America is more racism,” Straka said. “Their end justifies their means.”

Straka said he became more aware of the abusive use of identity politics by the Democrats, and how the left had devolved to the point of being “intolerant, inflexible, hateful, illogical, misinformed, unAmerican, hypocritical, menacing, callous, ignorant, narrow minded, and blatantly fascistic.” He #walkedaway.

I knew Buzz Patterson was going to the #WalkAway rally and march, and was scheduled as one of the keynote speakers. As we talked Monday about his impression of the event, it was evident this was an electrifying two-days. Buzz said the thousands of marchers were energized by the unified recognition that liberalism has changed into divisive, hateful rhetoric, and even violence toward those who question Democrat tactics. 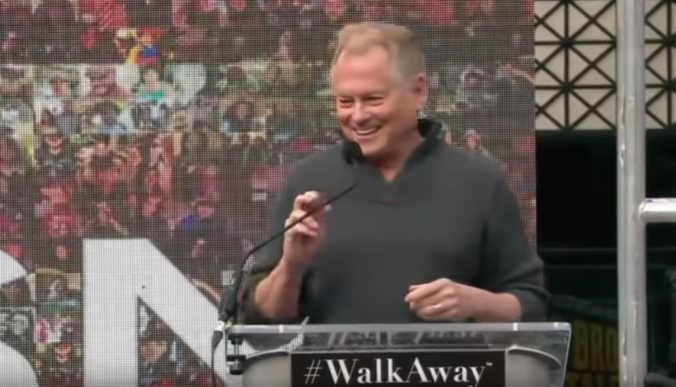 Noting my observations of a mainstream media weekend blackout of the #WalkAway march, I asked Patterson if in fact, this was the case. “The only media people who were there were our people – social media and online news,” Patterson said. “There was not one single satellite van, no national coverage.”

Buzz Patterson was contacted by Brandon Straka to be a keynote speaker the Saturday rally because Patterson is one of the first actual #WalkAway members. Many years before the #WalkAway movement, Patterson walked away after serving as the Senior Military Aide to President Bill Clinton, responsible for the President’s Emergency Satchel, known as the “Nuclear Football,” the black bag with the nation’s nuclear capability that accompanies the president at all times. And then he wrote a book about it. 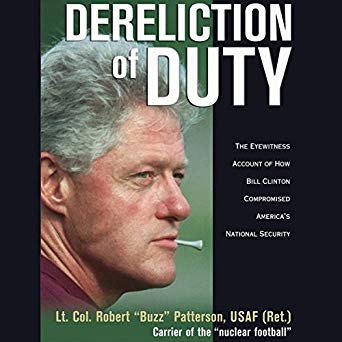 Lieutenant Colonel (Ret.) Robert “Buzz” Patterson, a 20 year active duty pilot in the United States Air Force, is the author of several New York Times best sellers, including Dereliction of Duty: The Eyewitness Account of How Bill Clinton Compromised America’s National Security
Patterson “exposed the terrifying, behind-the-scenes story of the years when the most irresponsible President in our history had his finger on the nuclear trigger. Dereliction of Duty is the inside story of the damage Bill Clinton did to the U.S. military and how he compromised our national security. From his laughable salutes, to his arrogant, anti-military staffers, the message came through loud and clear: the Clinton Administration had nothing but contempt for America’s men and women in uniform.” From 1996 to 1998, Patterson served the Clinton White House. And then he walked away.

Saturday Patterson told his story and encouraged more to join in the #WalkAway movement. “There was nothing negative at the events,” Patterson said. “It was all positive, and patriotic. There were all walks of life there – age, color, gender, sexual preference… and they were all very happy,” Patterson added. “No one was screaming, and the few protesters who showed up were swiftly removed.” 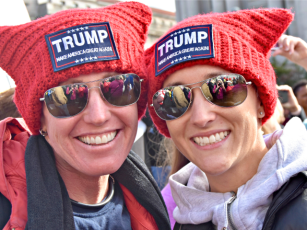 Patterson said a few protesters with signs showed up, and called the #WalkAway crowd “bigots” and “Homophobes.” This was ironic Patterson said, “since there was a large LGBT and African American representation.”

Patterson said the 5000+ Patriots braved the cold and the rain to send a loud message.

“We planned a really, really amazing weekend that we hope is going to wake a lot of people up — open a lot of people’s eyes,” Straka said, adding that, no, he could not have imagined celebrating at Trump International Hotel with hundreds of other #WalkAway liberals and the conservatives who support them, dubbed #WalkWiths, on the eve of the march and rally.

“I definitely did not think when I released my video on May 26 that I would be standing in Trump International Hotel, wearing an ‘I love Trump’ top hat and tuxedo,” Straka said. 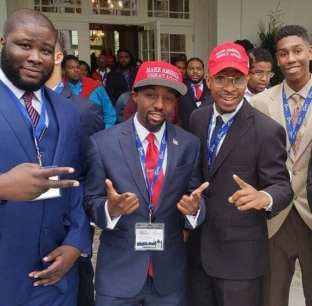 I’m one of the conservatives known as #WalkWiths, who support “The Unsilent Minority” leaving the Democrat Party.

So while the Democrats are pouring everything into their propaganda media this midterm election, this march showed that their rhetoric is not working. #WalkAway 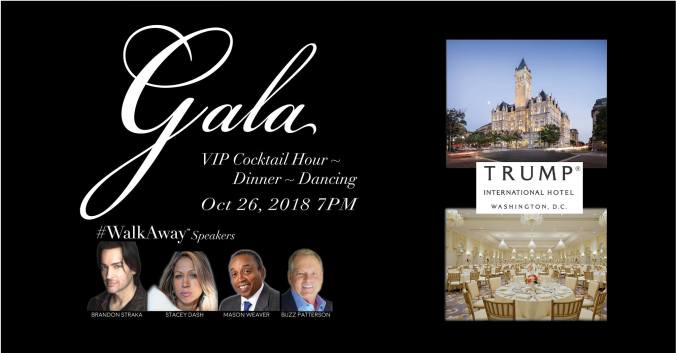