California is out of control. Not only did our politicians immediately declare war on Donald Trump the moment he was elected, they also declared war on the people of the state. 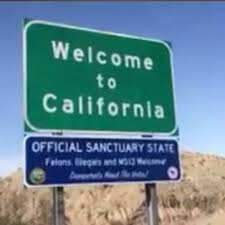 In our recent book, California’s War Against Donald Trump: Who Wins, Who Loses? my co-author Jim Lacy and I detail California’s decline and how it can rebound.

A quick scan of statewide headlines reveals a great deal about California’s war on the people, by the state’s elite political class and the Democratic left.

California becoming more feudal, with ultra-rich lording over declining middle class. “The real problems lie with policies that keep housing prices high, an education system that is a disgrace, particularly for the poor, and a business climate so over-regulated that jobs can be created either in very elite sectors or in lower-paying service professions,” Demographer Joel Kotkin writes.

I’ve long addressed how the political class has also become the elites, unaffected by the regulations and policies they impose on the people of the state. Nor do they care.

Kotkin says this feudal California is neither economically or socially sustainable over the long term.  But the politicians do not care.

In addition to Proposition 10, the rent control measure on the November ballot, California’s complex eviction laws are stacked against landlords and in favor of tenants and even squatters, said Rikka Fountain, a Palmdale real estate attorney. This headline explains: Squatters’ takeover of Torrance home illustrates landlord frustrations with state law

California Restaurants Will Soon Face $500 Fines if They List Any Drinks But Water or Milk on Kids’ Menus because parents are too stupid to know what to feed their own children. Well, some are, but it’s not the business of nanny government to step in and interfere. Let the stupid parents raise fat kids. But cut their welfare.

In Sacramento, the local utility company is punishing people who work for a living: higher electricity rates will be used on weekdays between 5 and 8 p.m. and lower rates at other times. Sacramento, your summer electricity bill is about to jump. Here’s what to do about it. California Gov. Jerry Brown has already imposed water rationing, and now we are facing electricity rationing. What is this place… North Korea? The real problem is that Democrats imposed 100% green energy production mandates on the state’s utilities in 2011, which are now challenged to generate enough electricity for the 40 million residents of the state. California already purchased one-third of its electricity out of state before the wind and solar mandates, which specifically exclude clean hydroelectric and nuclear power. Rather than lessen the absurd green energy requirements, and allow in nuclear power and hydro, we will be forced to live in the dark and hang our laundry outside to dry.

Coupal: Once again, California Prop. 13 is ‘on the table’. “Without Proposition 13, government’s insatiable appetite for more tax dollars would quickly force homeowners out on the street — a common occurrence in the mid-70’s before Prop. 13 was overwhelmingly approved by voters in 1978,” Jon Coupal explains.

Meant to help with mental illness, money from tax on millionaires piles up. I’ve been following Darrell Steinberg’s legislative history for many years, and particularly issues surrounding mental health. First, remember that Steinberg authored Prop. 63, the Mental Health Services Act of 2004.  Then he got legislation passed to allow funds to be diverted. MHSA funds were supposed to serve people with serious mental illness. Then-Senate President Pro Tem Darrell Steinberg prevented the funds from doing that with two bills: AB 100 and AB 1467, both authored by the Assembly Budget Committee. When voters passed Proposition 63, it included a provision preventing the funds from being used to supplant other state funding – and could only be used to increase capacity, and not fund already funded initiatives. In 2011, the Legislature passed AB 100 with provisions inserted by then-Senator Steinberg. It modified the MHSA non-supplantation provision to allow the state to divert about $836 million of funds raised by MHSA to satisfy the other commitments the state had. This was done as a ‘clarifying’ amendment to allow passage with a 51% vote rather than a two-thirds vote required to overturn voter enacted legislation. This amendment used MHSA funds to be used to lower the deficit, rather than expand services. Why? Because, as Steinberg, (who authored Prop. 63) told The Sacramento Bee in March that “the reserves have just grown too large and the needs are too great to justify that.” Meanwhile, a proposed $2 billion state bond issue to build housing for homeless – by using Prop. 63 money to repay the bond – is tied up by a lawsuit that claims that housing construction isn’t allowed by the measure. Mental health advocates are livid that firstly, the state has been hoarding the mental health funds, and secondly, now they want Prop 2 to allow them to use the funds for “housing” for the homeless, which does not serve the needs of the severely mentally ill. Finally, If Prop 2 is passed, the National Alliance on Mental Illness (NAMI) Contra Costa strongly feels the No Place Like Home Program will cause more homelessness by forcing more mentally ill people into severe symptoms that could increase the numbers living on the streets. NAMI says money currently dedicated to severely mentally ill will be redirected to homelessness. And, Prop. 2 is extremely expensive: up to $5.6 Billion ($140 million x 40, for 40- year bonds) to raise $2 billion for housing projects.

On the many people leaving California, Former Rancho Cucamonga conservative helps others leave state. Joe Vranich use to be known as the Relocation Coach, but then he also left California for a more reasonable, business and people friendly state.

Kidney Dialysis clinics fight ballot measure to cap revenue. The State and SEIU labor union are attempting to take over kidney dialysis clinics, which already function very well, for severely ill kidney patients. The Los Angeles Times reported, “But even if the revenue cap doesn’t drive clinics out of business, it would give them a perverse incentive to deliver care less efficiently — to raise patient-related spending in order to raise the revenue cap. And despite what supporters claim, there’s no guarantee that forcing clinics to spend more would do anything to make care better or more available.” This is pure evil.

Coming to a city near you, Rich San Francisco businesses could face homelessness tax. The Democrat-dominated California Legislature has pushed and legislated policies that do nothing to decrease homelessness, and instead invite more of it to the Golden State. And they’ve been greatly assisted by the state’s biased, liberal/left media.

Ironically, the failed mayors of hell-hole California cities (Antonio Villaraigosa of Los Angeles, and Gavin Newsom of San Francisco, home of the Human defecation map), ran for Governor of California in the primary, with Newsom handily winning the top spot on the November ballot — just as current termed-out Governor Jerry Brown did, after making Oakland, CA an even bigger drug and crime-ridden hell-hole than it already was.

With San Francisco residents scurrying to work along the poop-infested sidewalks everyday, and tourists dodging the filth and discarded needles, some socialist brainiacs in the City by the Bay decided to tax the “wealthiest businesses” a homeless tax, as the answer to the city’s problem.

Recently elected San Francisco Mayor London Breed is opposed to the measure, “saying it lacked collaboration, could attract homeless people from neighboring counties to the city, and could cost middle-class jobs in retail and service. San Francisco has already dramatically increased spending on homelessness, she said, with no noticeable improvement.”

San Francisco admits to spending $380 million of its $10 billion budget last year on services related to homelessness. I’m willing to bet it’s higher than that.

Yet with all its problems, California’s liberal leaders have decided that rather than work on fixing their own state, it is more important to declare war on Donald Trump and almost all his policies.  From sanctuary city policies, to “The Wall,” to healthcare, education, the temporary travel ban, federal regulatory policy, thwarting enforcement of immigration laws, and especially climate change, these liberal Democrats in the state are demonstrating such a vicious hostility to Washington, D.C. that one wonders if they have even considered if their actions might be doing more harm than good for their causes and the people of the state.

President Donald Trump’s victory was a needed repudiation of the political establishment, which has failed millions of working-class Americans who are suffering economically and continuing to fall behind, and California is the poster child.